If you want to deliver to the UK & Rest of the World, please switch to the UK site by clicking the button below:

If you want to stay up to date with Peak Paddlesports product news, please use the following form to subscribe to our newsletter. 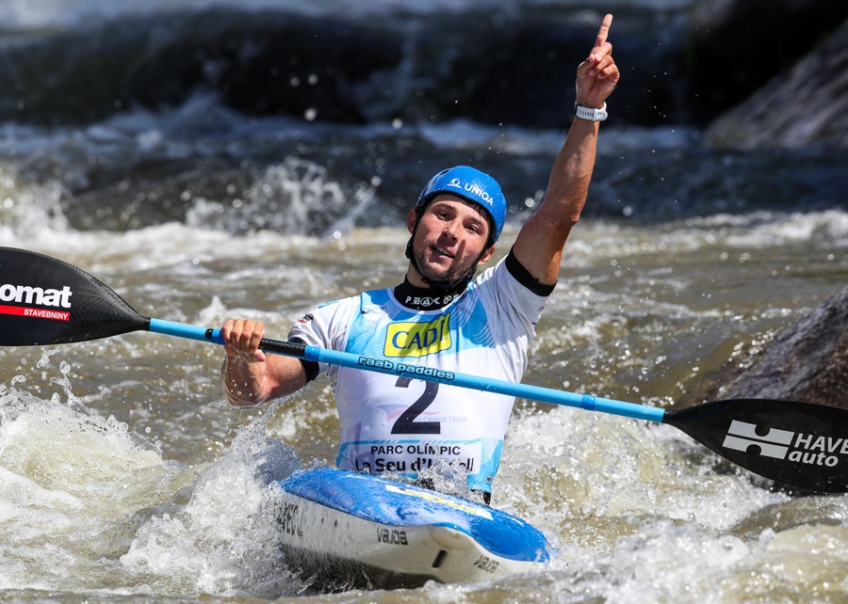 The canoe slalom 2022 world cup series concluded over the weekend in the small Pyrenees town of La Seu d’Urgell Spain. Bringing with it drama aplenty and notably lots of exciting racing with paddlers in PeakPS Kit!

As we at PeakPS are gearing up for the paddle sport show later this month, the international slalom scene is now sitting back for a well-earned rest after a busy few months or training and racing.

The season has been different to most, with the World Champs being slotted in the middle of the season rather than the curtain closer in late September as has been typical over the last decade.

With results been spread out throughout the field in a season like no other it meant the double points up for grabs in the World Cup final in Seu over the weekend were even more crucial. In the Mens Kayak we had PeakPS team members Jirí Prskavec and Peter Kauzer taking 1st and 3rd respectably in the overall after a dominate display by Jiri in the weekends racing.  The same was to be said in the other three ‘slalom’ classes bar Jess Fox in the K1w class who had already bagged 4 wins out of five before heading to the Catalan town. RacerST wearers Mallory Franklin and Tereza Fišerová rounding off the podium after 9th and 23rd finish in Seu, Fišerová’s first kayak overall podium. She also managed to back up last years overall C1 overall by winning this years to back up last years achievement.  Mallory  joining her on the podium in the C1W alongside Elena Lilik from Germany.

The men’s canoe overall was won by paddlers using PeakPS RacerST Topdecks of Gestin (FRA), Božič (SLO) and Beñuš (SVK). Gestin making the ever so smooth transition to winning all things available in juniors and U23’s to taking the overall at Senior world cup in 2022. Not bad for the 22 year old from Brittany.

In the extreme, Mallory – yep her again! took the Gold in the overall after winning in Seu Next to Mal in the overall was… yep you guessed it… Tereza Fišerová with Eva Terčelj rounding off the podium. In the mens Heger (CZE), Prindis (CZE) and Desvignes (FRA) took the overall after benefitting greatly from the double points up for grabs in the season ender.

So, what did we learn? Drinks are on Mallory and Tereza!

Well done everyone involved. Enjoy your downtime after pleasing us all with some rather exciting racing this season.

For those not quite ready for downtime.  We at PeakPS will be heading down to Lee Valley next weekend where we hope to see some friendly faces and make some new ones.